Terrorists convinced without suspending the rule of law

The trial of the Madrid train bombers concluded today, with 21 of the 28 accused were convicted today and most sentenced to long jail terms.

The Madrid trial (to say nothing of the Zaccarias Moussaoui, Sheikh Omar Abdel Rahman and Timothy McVeigh trials) demonstrate what garbage this is.

If a country like Spain that was a fascist dictatorship only a generation and a half ago can hold such a politically charged trial in open court without suspending the rule of law and without the state disintegrating, then surely one of the world's oldest democracies like ours can figure out a way to do the same.

Or perhaps what supporters of the war against civil liberties are really arguing is that Spain is a more mature country than the United States.

"Everyone's entitled to his own opinions, but not his own facts"

Adirondack Musing calls Rudy Giuliani a liar. Assertions of a dubious link between one of his positions and reality is not exactly news, but worth exposing.
Posted by Brian at Monday, October 29, 2007 3 comments:

Liberia on the move

This essay is part of a (more or less) weekly feature on this blog that presents interesting stories from elsewhere in the world, particularly Africa, that are little reported in the American media. It's part of my campaign to get people to realize there is a lot going on in the world outside the US, Israel, Iraq, North Korea and Iran.

A few good news stories about a country that hasn't had very many in the last two decades.

Liberia is a country of particular interest to me. When I lived in neighboring Guinea in the mid-90s, it was at the nadir of Liberia's first civil war. The radio teemed with reports of atrocities by drugged up boy soldiers of the despicably murderous warlord Charles Taylor. Guinea was also home to over half a million refugees from Liberia's conflict and from the civil war in Sierra Leone, which Taylor also inspired and helped finance. I had friends and acquaintances who'd fled these wars and that helped give me an abiding hatred for Charles Taylor.

When the warlord blackmailed, bullied and intimidated his way to "winning" the 1997 presidential elections, people hoped stability, if not prosperity, would return to the country. But it was no surprise that a despicably murderous warlord turned into a despicably murderous head of state. Another civil war erupted. There were even calls for an intervention by American troops, an amazing thing considering the world's opinion (and particularly those of smaller countries) of the US invasion of Iraq.

This is probably what most Americans think about Liberia, if they know anything about it at all.

Things are now on the upswing. Progress is agonizingly slow but after 16 years of horror, any steps forward are welcome.

Loathsome scumbag Charles Taylor is now an indicted war criminal and is deservingly on trial in The Hague for his countless crimes against humanity.

But the application of justice for one man is only a first step. Infrastructure must be rebuilt. Electricity restored. Clean water made available. This piece from the Center for Global Development explores some of the many challenges.

A special section at AllAfrica.com has many stories on the proress being made in Liberia, particularly since the installation as president of Ellen Johnson Sirleaf. She gained notoriety as the first woman to be elected president of an African country but she will gain far more awe if she can continue to help rebuild Liberia into a stable country. So far, it looks like she's providing the leadership and good governence that has been so sorely lacking in the country over the decades.
Posted by Brian at Sunday, October 21, 2007 No comments:

I was pleased to read that Congress has apologized to a Canadian citizen who was kidnaped by US officials and shipped off to Syria where he was tortured.

The process is known as extraordinary rendition, which is a euphemism for simple kidnaping. Yes, kidnaping, the same tactic employed by terrorists themselves. For US officials themselves to use this is nothing less than a disgrace.

That American officials would ship their alleged terrorist suspect off to a country that the US government itself calls a state sponsor of terror is mind boggling, even by the Bush administration's incoherent standards of rational reasoning.

Maher Arar was released from the Syrian prison without charge. A Canadian government inquiry also cleared him of any involvement in terorrism.

But not after he spent 10 months in a Syrian jail where he says he was "beaten with an electrical cable and threatened with a metal chair, the tyre and electric shocks," which is no surprise since the US government itself says that Syria tortures and even kills its prisoners.

He inexplicably remains on the US government's watchlist... even after being cleared of wrongdoing by his torturers!

Just click your heels and say "they hate us because we're free."

It's yet another example of how the Bush administration repeated and criminal betrayal of American values undermines its very claims of being on the side of freedom.

But at least Congress had the basic decency to apologize for the administration's affront to liberty and humanity. Or at least this particular one.


Update: This editorial in The Washington Post reminds readers how the president's belief in freedom is a bit more waffling than his apologists would have you believe.
Posted by Brian at Saturday, October 20, 2007 No comments:

As readers may have noticed, postings have been irregular for the last several weeks. They will remain only occassional until late October. I'll resume roughly daily postings then.
Posted by Brian at Wednesday, October 10, 2007 2 comments:

A war criminal in the White House?

Andrew Sullivan thinks so, in the wake of revelations that the Bush administration had secretly authorized torture... despite public declarations to the contrary. Sullivan compared the tactics to those used by the Gestapo.

Sadly, the torture along with the arbitrary arrests and detention without trial or charge of the Guantanamo kidnapees destroys the Bush administration's moral credibility when faced with similar crimes against humanity in Burma.

Read his piece for yourself. You be The Decider.
Posted by Brian at Friday, October 05, 2007 No comments: 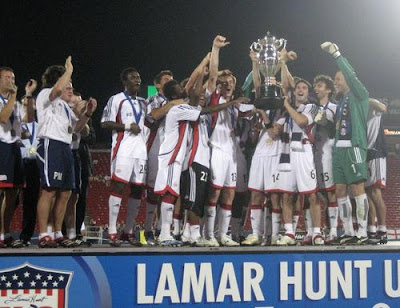 Because I can't imagine anyone taking this guy seriously.

This yahoo argues that slavery really wasn't such a big deal. It's an object lesson in how to create strawmen in such a way as to advance a patently absurd argument.

-America is not the only country who did slavery but we deserve Divine credit for ending it!

-Slavery was "brutal" but at least it wasn't genocidal. Hooray for non-genocidal mass atrocities!!

-Slavery existed in America "only briefly" (two and a half centuries) so big whoop!

-Criticizing slavery is mere political correctness, so by definition slavery must be fine.

I assume this guy is a bad satirist because it'd hurt my head to think otherwise.
Posted by Brian at Tuesday, October 02, 2007 No comments: